Flutter vs React Native: which is the best option for developing mobile applications

Currently, with smartphones increasingly accessible to the entire population and users constantly connected to the web, companies have been forced to have a presence with attractive mobile applications that allow their customers to access all its services. To achieve these applications in native language, React Native and Flutter have been the main options among developers.

React's younger brother, this is how developers refer to React Native, an open source framework created by Facebook to develop applications on Android, iOS and Windows. It is one of the most popular mobile app frameworks, but little by little Flutter is gaining favor with developers.

Created by Google, Flutter is a software development kit for building natively compiled applications for mobile, web, and desktop devices from a single code base.

React Native vs Flutter: advantages and disadvantages of each

The last few months to years, trends in multiplatform mobile application development technology have been dominated by these two frameworks. Looking back at the numbers a bit, React Native launched in 2015, while Flutter was released in 2017. The two technologies rank highly on GitHub, React Native 79,000 stars and Flutter 71,000 stars. 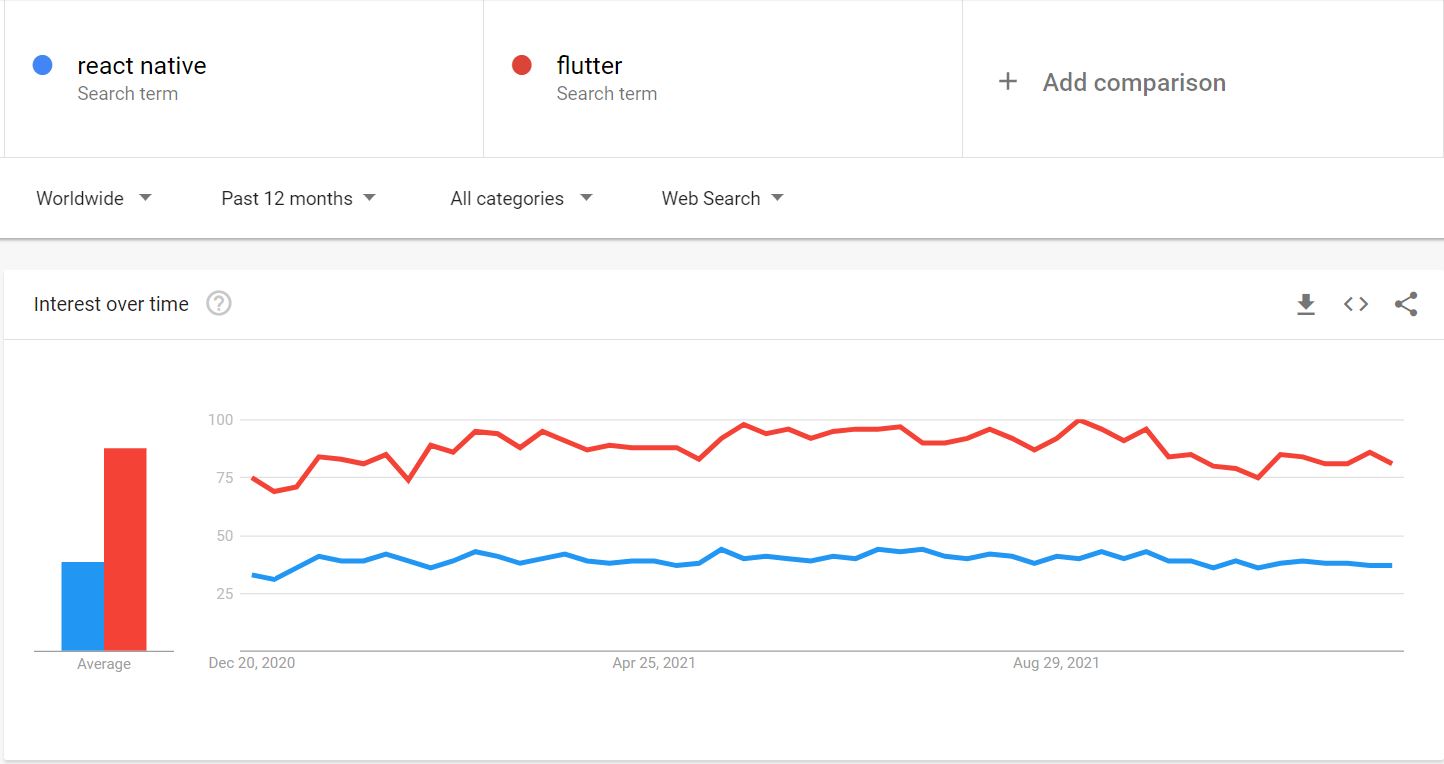 Looking a little further, in a matter of public interest, Flutter has seen its popularity skyrocket during 2021, with a significant growth that has surpassed React Native in the public interest.

So, the question remains, which one to choose to develop your mobile application in 2022? Everything is left to the developer, analyzing well the needs it presents for the development of the application and reaching the conclusion about which native framework fits what it requires.

While Flutter's tools and features are geared not just for the web and mobile devices, but older and embedded desktops as well, projects that are developed with React Native tend to be lighter. This comparison and many others make the last word, as we said before, the need of the developer.

Did you know? React Native comes with its own browser to navigate mobile applications and it was created by Facebook in 2015.

Blog
Today, we will discuss these two very similar types of technologies and what each can do for you, the differences between them.
Read More

How React Native Works: A Basic Guide for Beginners

Blog
Companies such as Microsoft, Facebook, Instagram and Tesla have adopted this tool to develop their applications, and for that reason, React Native is one of the most popular frameworks of the moment.
Read More